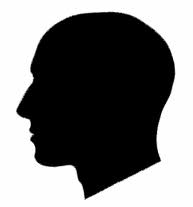 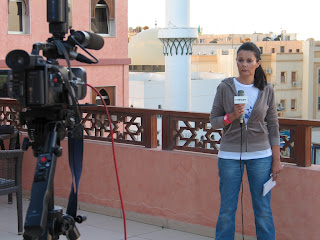 Maria Karchilaki (MC) is this week interview of DPN Blog (DPN). A war reporter sharing with us some amazing stories from her work and life, this is an interview which everybody shall read. Enjoy it.
DPN: Maria from 1993 you are reporting in the Greek TV from War Zones. Give a title for this overall experience up to now.
MC: “A very interesting life choice”
DPN: How come a lady to follow such a direction and report about War Zones instead of something more softly?
MC: My DNA, I suppose. On the other hand, war reporting is THE journalism! It’s the journalism I dreamed of. Fortunately, I was given the opportunity in 1993 and I’m recording history as it unfolds ever since.
DPN: Where did you grow up your childhood? Share with us some experiences from that time.
MC: I grew up in Heraklion, Crete. My father, a Second World War hero, was a radio operator in the Greek Navy at first and then in the Greek Civil Aviation Authority.  My mother was a teacher. She was my teacher too, in the first three grades of the primary school. I have no brothers or sisters; I had animals instead. Alex & Rose were my favorite cat pets; Mother and son. My parents have both passed away. I miss them very much. That’s why I don’t visit Crete that much anymore. It makes me feel so sad.
DPN: Who motivated you to be what you are today?
MC: My mom and dad, definitely
DPN: You are covering a lot of topics about the Arab World. What’s your point of view for this side of the world?
MC: Rather misunderstood I’m afraid. The notion many people have for Arabs is that they are driven by Islamic fanaticism and spend their day hating America and Israel. The Arabs that I know (and I know a lot) are like everybody else; they are looking after their families, striving for everyday life and afraid not to lose their jobs. Break the stereotype of bad Arabs -this is what I say to my circle.
DPN: You have also covered a number of topics about Saudi Arabia. How was your experience there?
MC: The Saudi society is a conservative one and most of its symbols are linked to Islam. I didn’t come across…terrorists though and I assure you that ladies are not always wearing a headscarf in the Kingdom!  A very hospitable people.
DPN: Following a number of travels that you had which one was the most interesting one and why?
MC: The Bosnian war between April 1992 and December 1995. Through it I got deeply into this business. First love is really unforgettable, isn’t it?
DPN: Describe us your latest coverage.
MC: Libya of course… Based in Tripoli, lucky enough to find a room in the most “vibrant” hotel in the city; Al Waddan Hotel, which was managed by the Freedom Fighters themselves! Plenty of information round-the-clock and best terraces to do a live report. We arrived in Tripoli with my cameraman while the street fighting in Abu Salim district was still raging after a very long journey from Tunis through Nafusa Mountains. That was my second assignment in Libya. The first one was at the beginning of the Libyan revolution in February and March. I was based in Benghazi for 40 days.
DPN: The situation in Libya today is a quite unstable one. What’s your prediction about that country?

MC: The Libyans have a long way ahead. Building a democratic state is a very complex task. I really hope they will manage to do that. If they do it, Libya will be the first successful experiment of the Arab spring!
DPN: We are more than sure that you have visited Dubai, how can you describe this city?
MC: I have stayed in Dubai less than 24 hours, just passing through while returning from an assignment in Pakistan. I don’t have an opinion I’m afraid. I was impressed by the huge buildings though.
DPN: If a young person comes to you asking you to become a war reporter what would you advise?
MC: Follow your heart!
DPN: Finally what is the most important that counts, danger or result?
MC: What counts for me is good journalism, neither danger nor result. I deeply believe that good journalism can make our world a better place…
DPN: Usually you are the one who is taking the interview how’s the feeling of giving one?
MC: I enjoy it. Don’t forget that I’ m a story teller…
DPN: Who is the most interesting person you ever took an interview and why?
MC: A young paraplegic girl named Charitini, so full of life and energy.
DPN: Do you have a life philosophy? Share it with us?
MC: A life lived in fear is a life half lived.
DPN: As I am sure a number of our readers would like to contact with you to express their feelings of reading your interview, how they can reach you?
MC: My twitter account is @karhilam
Posted by Dubai Profile News at 11:34 AM